The previous post answered the first question of the prompt, “what are the gross returns of this investment?” by building a simple real estate LBO model. This post will begin our journey to answer the second question of this REPE case study, “what net return should the LP expect to earn?” Of course, net return just means gross return less the fee the LP (pension fund investor) pays to the GP (our REPE fund). The waterfall is just the thing that calculates that fee. So let’s build it!

Distinguish the Deal from the Waterfall

Step one, let’s create a clear distinction in our real estate LBO model between the underlying deal and the waterfall overlay. The idea here is that the deal feeds the waterfall. Like I said in the first post, a waterfall just takes the cash flows.

So really, we are building two separate machines in this REPE case study. If we think black box input-output, the first machine takes assumptions for a real estate investment and outputs cash flows. The second machine takes any cash flows and outputs a fee calculation. You could reuse this waterfall for any sort of investment, we just happen to be running it for a real estate transaction.

So in the control section, let’s just create two header sections that separate the controls for the deal and the controls for the waterfall. This just makes our model easier to read and use, which is the end goal anyways. Also, go down under the cash flows area and create a separate heading for the Waterfall. Your end result will look something like this (content collapsed, headers shown illustratively): 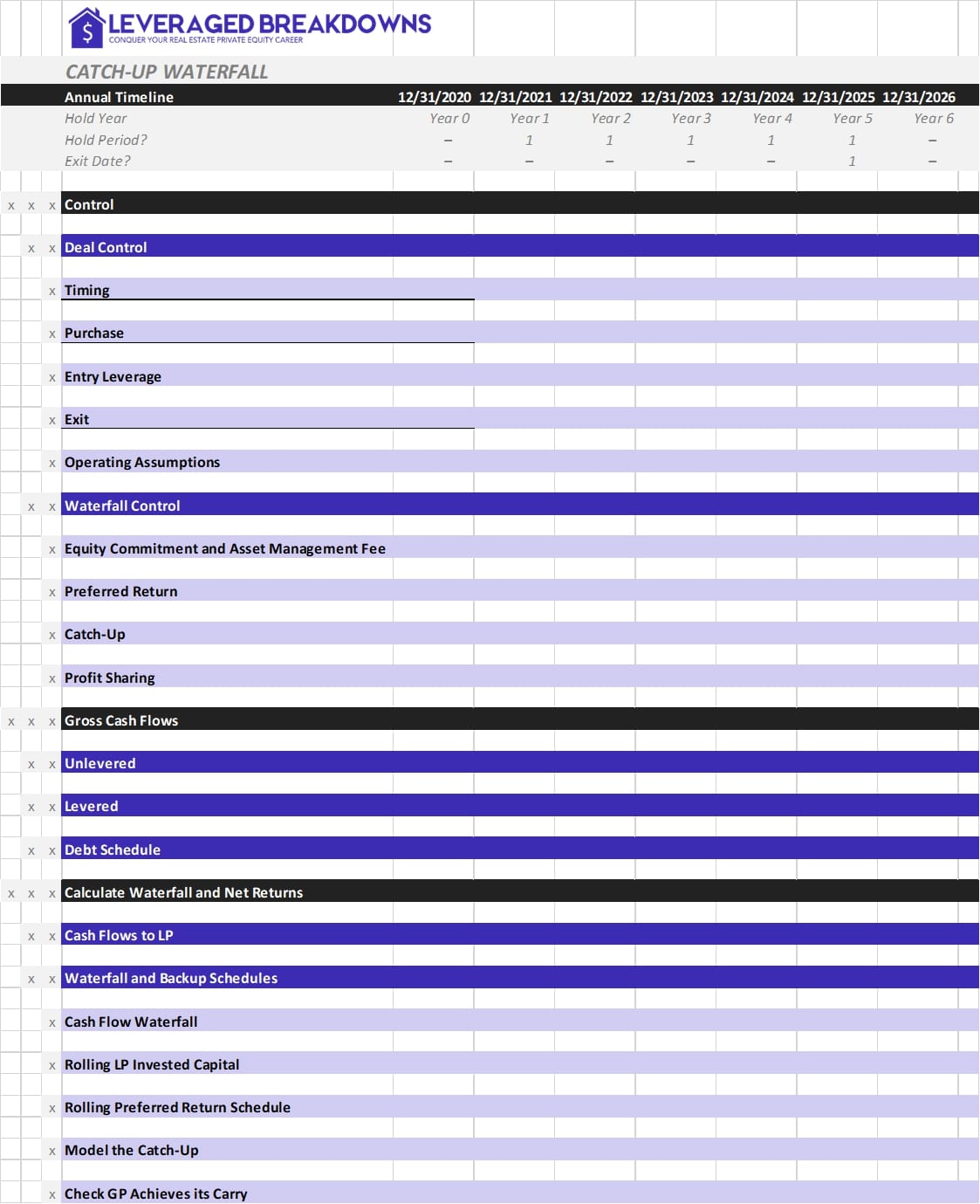 Now that our structure is established, let’s finish the waterfall control section. Per the prompt, we want to model a 10% carry over an 8% hurdle with 100% catch-up and a 75bps asset management fee. But what does that really mean? REPE funds often speak about waterfalls in the most reduced form possible, which can be confusing to outsiders. Fortunately, they follow similar patterns.

For a catch-up waterfall, a more linear way to read the prompt for question two is this:

We will dive into specifics if anything above is confusing. For now, just input those as your waterfall control variables, as I have below. 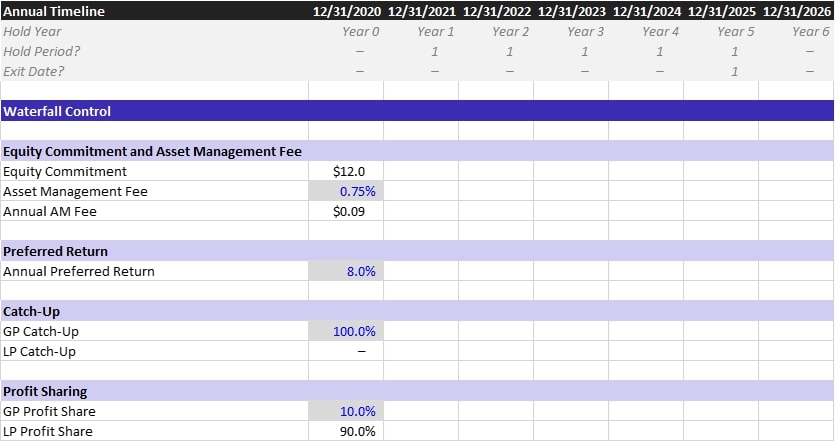 In the next post, we will begin building the mechanics for each step of the waterfall. But immediately below is how the waterfall will appear once we have finished. Perhaps you can give this a try right now and see how you stack up!